The best holidays and scuba diving programs in the Azores Archipelago
Book now this fantastic liveaboard!

Fantastic Liveaboard in the Azores Archipelago 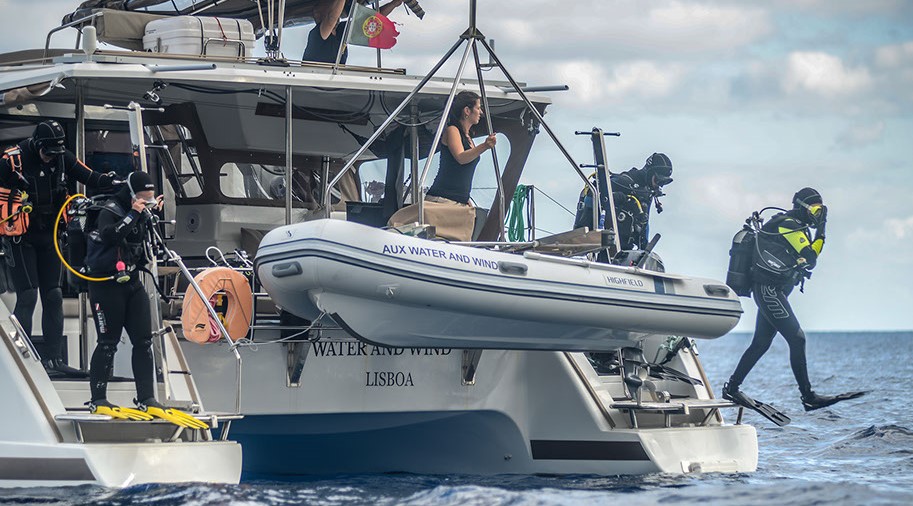 Sailing the Azores archipelago waters, you'll have a glimpse of its islands while diving the most pristine waters of the Atlantic Ocean.
You will enjoy incredible visibilities, fantastic dive spots, the company of numerous species and, of course, the big pelagics.

The Azores, the islands Mother Nature has created, full of natural beauty, to be discovered in the blue immensity of the Atlantic Ocean.

Santa Maria Island;
You will arrive at the Santa Maria Airport (SMA). and proceed to your 4-star hotel.
The island of Santa Maria, with warm white sand beaches invite you to relax, resting from the flight that took you there. Before landing maybe you noticed the vineyards that cover the slopes like an amphitheater and look like gigantic stairs.
You will have the pleasure of visiting some interesting sites of the island. But not today. 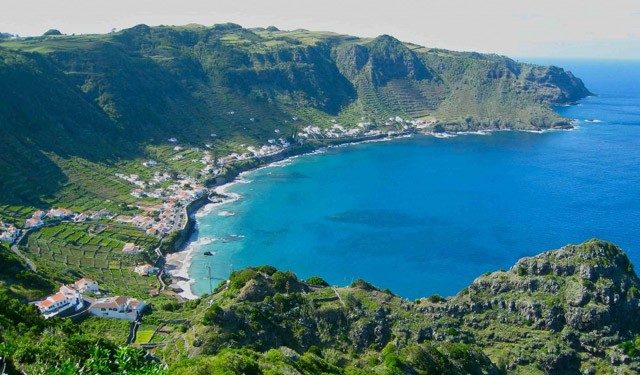 Your dream comes true. Liveaboard first day;
At the Marina Vila do Porto you will embark in a fantastic catamaran where you'll spend the next seven days. It is going to be an unforgettable liveaboard, sailing and diving the Azores crystal waters.
But first, you need to know the basics of living and diving onboard; Your crew will explain everything you need to know. 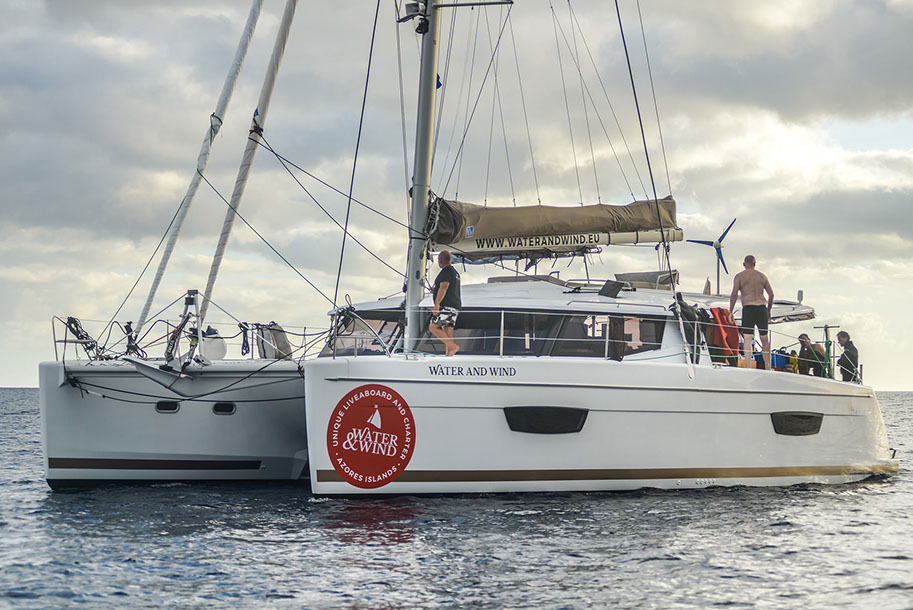 She's a beautifully equipped Fountaine Pajot sailing catamaran, based on the model Helia 44; 13,30m/ 43.5ft length and 7,40m/ 24,3ft beam, displaces 10,8 tons. Capacity for 8 divers plus crew, accomodates the guests in four cabins, each with a dedicated WC. One WC is shared with the crew. Silent and ecological sailing with solar power and wind generator.

Featuring a tailored diving experience, sailing close to the Azores islands in a fantastic catamaran; you’re guaranteed the most relaxed and unique diving and sailing vacation. With a maximum of eight guests onboard, your week will be unforgettable.
This package is an all-inclusive program; (e.g. accommodation, food, soft drinks, insurance) - no hidden costs.

There are many dive spots waiting for you. And we will talk about where to dive while we sail. However we can guess that the following will be in te group of the chosen ones.

Recife Dollabarat
As soon as we anchor the boat, on the days of calmer sea, we can see the shallowest part of this low only 5mts deep. Shadows of marine life that "fly over" this low. We start the dive in the shallowest part at 5mts, and if we explore our surroundings, we see areas with depths of 8-10mts but that quickly fall to 20-30mts. Excellent place to observe abundant pelagic background life "in the blue". 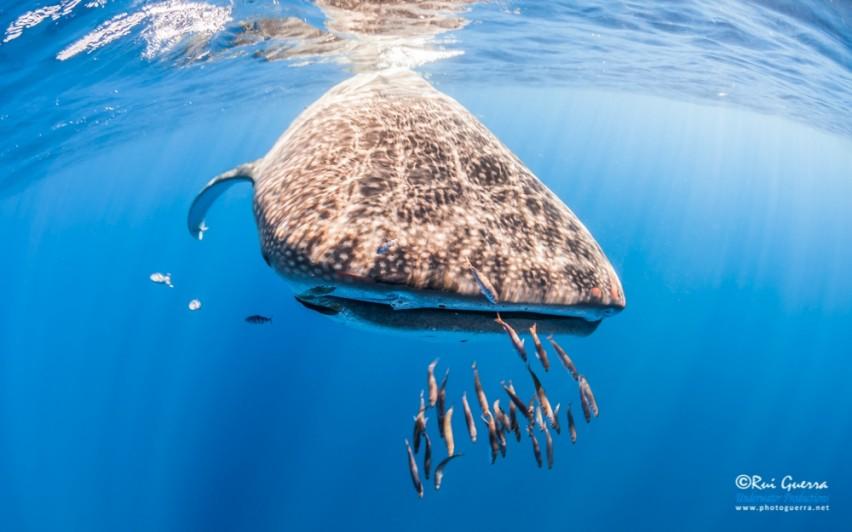 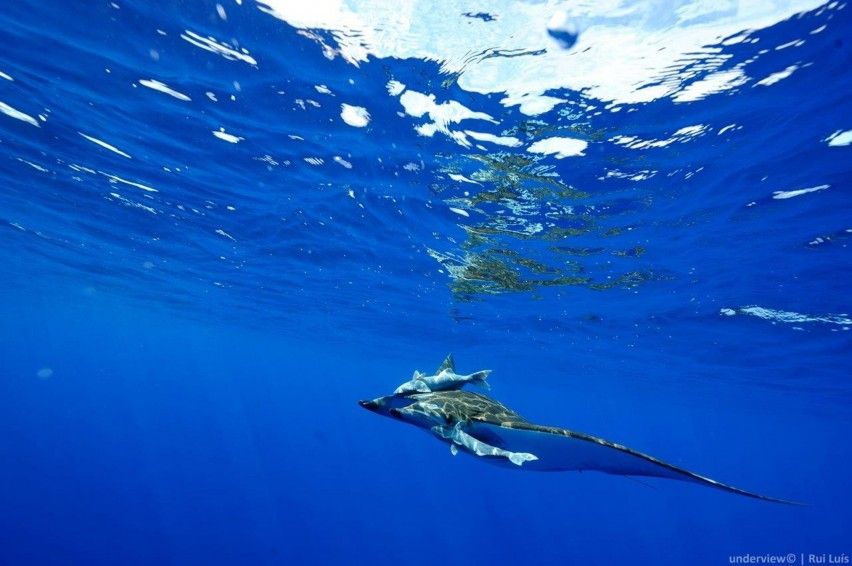 Ilheu das Formigas
As soon as we start to see a small lighthouse in the middle of the ocean, surrounded by small islets (translated from the Portuguese "Ants Islets") with only 11 meters of height and 165 meters of lenght, it means that we are arriving at the marine reserve of the Islet of the Ants. 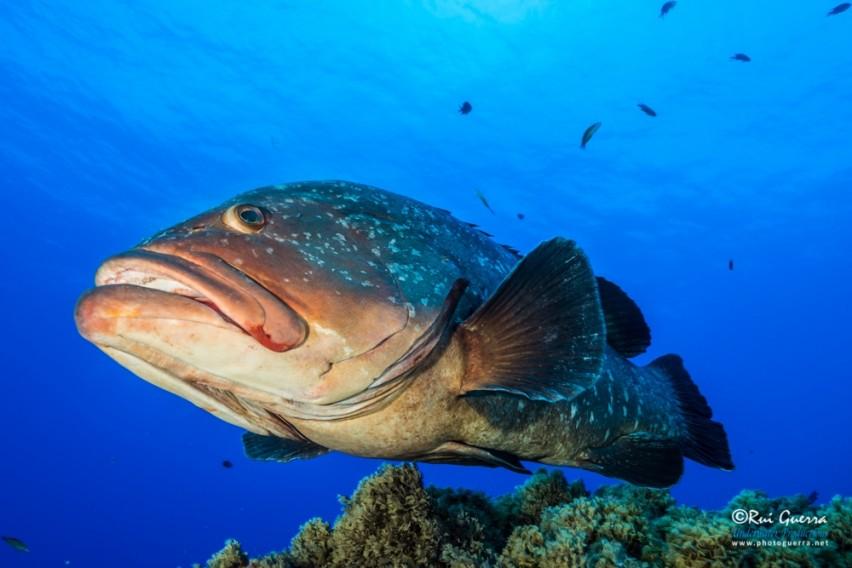 Even before launching the anchor we can already see some schools of fish that abound in these crystal clear waters such as Bermuda Sea Chub, Grey Triggerfish and Amberjacks.
This location offers a wide variety of dive sites ranging from the "Olympia" shipwreck located on the south-western slope of the islands (between 30 and 50 meters deep), a small bay only 8 meters deep and about 50 meters south of the Lighthouse, or dips along the wall of the Ilheús (being the East side the most visited) and still several casualties to the North of the Ilheús. 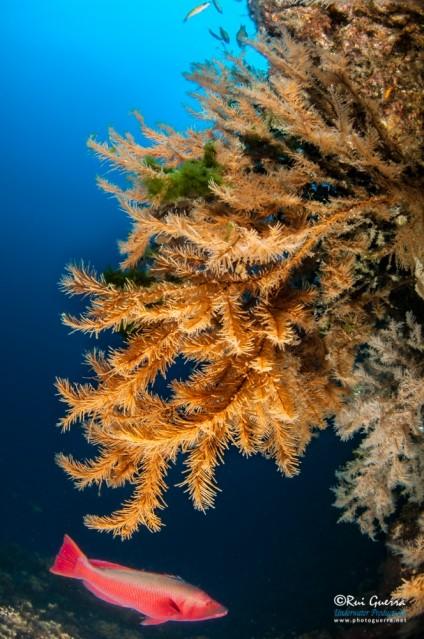 What all these places have in common is the possibility of encounters with large migratory pelagics such as the beautiful Skipjack Tuna, Bigeye Tuna, Barracuda, Atlantic Bonito, Yellow Barracuda and the Rust.
Sometimes this scenario is even more complete with the presence of Sharks, such as the mythical Hammerhead Shark and the Galapagos Shark, or by several Manta Rays and even the gigantic Manta (Manta birostris).
In addition to the large "blue" shoals, there is abundant wildlife in this area, especially large fish such as Wrasses, Groupers and Whiting, among the slopes and crevices.

Baixa do Ambrosio
This reef is one of the most sought-after spots, even though it is considered a deep dive. The reason for that is that the bottom is found at 50mts. Many opt to stay on the rope between 2 and 15mts, to observe the huge shoals of fish, devil rays, etc. For the more experienced divers the bottom also offers life in abundance. We can see great Stingrays, Red scorpion fish, shoals of Amberjacks and Bluefish. This place is also fantastic for snorkel, although there may be moderate current. 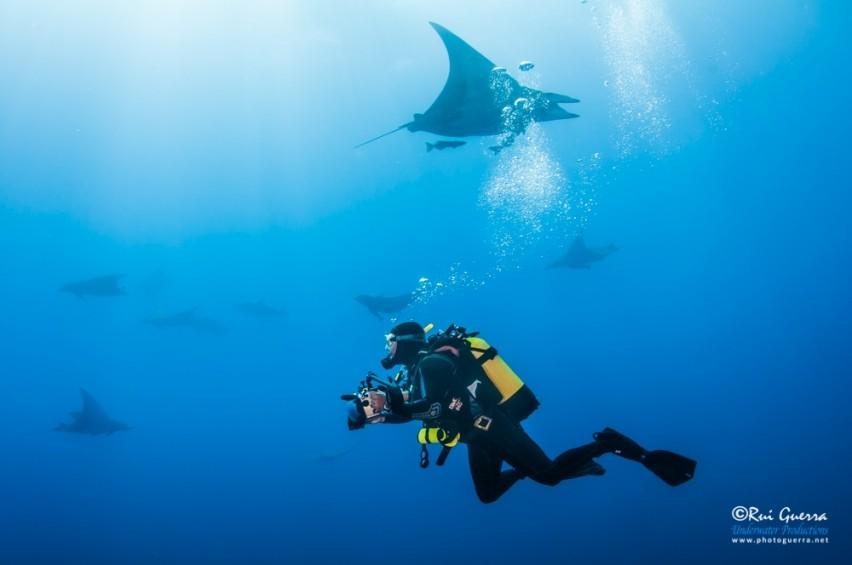 The Azores Archipelago has much to offer underwater. You have dozens of different dives to choose from. If you want to start your planning, take a look at the other sites and dive spots here.

By now you have realised that diving is going to be, how can we describe it, tremendous. And it is the natural reason why many divers consider the Azores to be one of the best diving destinations in the world. Book now your liveaboard in the Azores, with Portugal Dive, and check it out.

Marina de Vila do Porto, Santa Maria;
We are convinced you didn't want this day to come.
It is your last day onboard "your" beautiful sailboat and dive base over the previous seven days. Having to leave, you go loaded with fantastic memories and the strongest wish to come back to the sea once again. Whenever you decide to do it, we will be here. 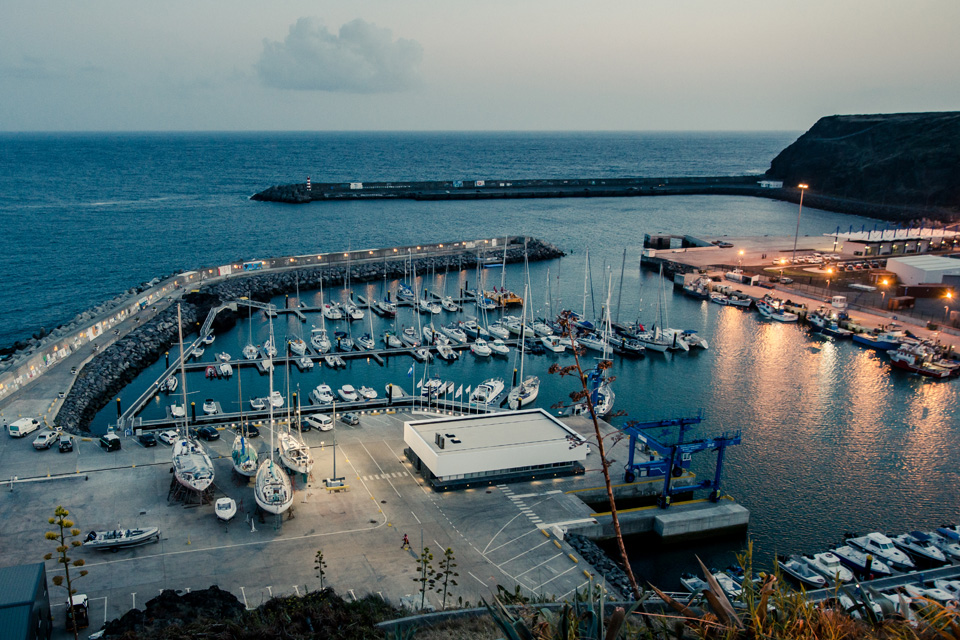 Today it's also surface interval day — time to know a little better the Santa Maria Island. So we've prepared the perfect way to spend the time you have left. We will take you on a ride around the island. During the tour, there will be several stops so that you can enjoy the island's sights and landscapes, and in the middle of the itinerary, we will stop for lunch at a local restaurant. 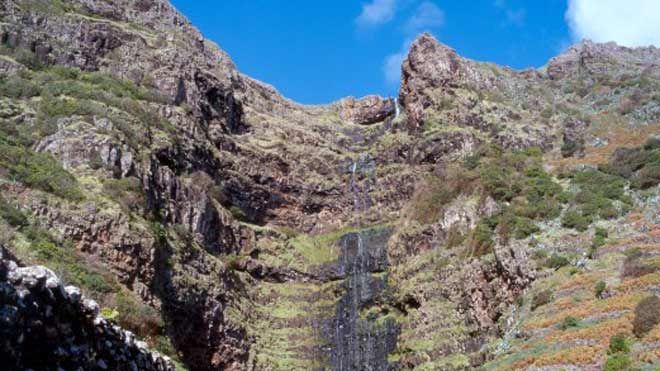 Santa Maria;
Time to say goodbye. You will go to the Santa Maria Airport (SMA), and start thinking on your next dive trip to Portugal.

For your dives while in Portugal or for your dive trip, our partner DiveAssure offers the best solutions.
Get It!

Similar Packages, if you want something in the Portuguese Islands, inland.

Azores - Diving in the middle of the Atlantic Ocean

In the middle of the Atlantic, a trip to diving paradise
The diving trip for those who like to see big "things" underwater.
The underwater world of sharks, manta rays and, who knows, whales.
Only a 2 hours flight from Lisbon!

Click here if you want to experience a miracle...

Scuba Diving Madeira, the Safe Port of the Atlantic

Dive in the World Travel Awards' Europe's Leading Island Destination
Dive one of the most privileged places in Europe. The temperate and crystalline waters of Madeira make it possible to dive in its natural reserves and to observe numerous species.